On May 20th, Kwabs will drop his Pray For Love EP. If the Plan B produced “Something Right” is any indication we’re in for quite a treat. Kwabs’ voice is both unique and warming, in the same vain as Aloe Blacc. If you have not yet, be sure to check out the Wrong Or Right EP, which is available now. 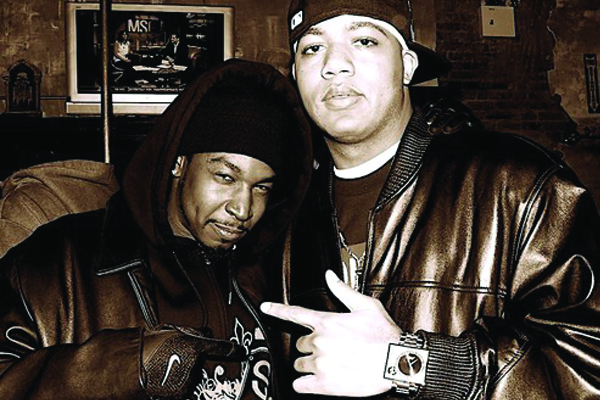 Marvelous Mag calls on Skyzoo to tag team on this DJ Phantom track, “Still Alive”. Mag a native from Brownsville can be heard on the Hus Kingpin Meets Pro Era EP. “Still Alive” is taken from the Florida Orange Juice mixtape which drops this spring. The mixtape features additional assistance from Hus Kingpin, Smoovth, Mach Hommu and Rozewood.

Collision Record’s artist Christon Gray, is a part of the collective We Live As Kings, known more commonly as W.L.A.K. Together with Dre Murray, Alex Faith, and Swoope Christon has seen some levels of notoriety, transforming into a feature on LeCrae’s Church Clothes mixtape series and on Andy Mineo’s Heroes For Sale album. On his lastest solo effort, School Of Roses Christon takes to showing off his plethora of talents from writing, singing, and rapping. The result is a very polished and cohesive album that offers an honest look into the world of an artist who swims against the mainstream.

The most apparent thing noticed on School of Roses, is the open discussion about the mind state of the singer as he battles again the demons within himself. The re-occurring theme of the album is a young man’s attempt to deal with the relationships in his life. He open discusses love, his faith, and the problems that can come for a young man when dealing with the two in the same context. Through out the journey, Christon remains transparent and crafts beautiful works of art around what seems like a bountiful amount of personal experience. Wise beyond his years, Gray dives head first on the “Roses” trilogy of songs on the album. Songs that feature only Christon’s vocals accompanied by piano, they provide the perfect backdrop to the album. Tying things together and packaging it with shiny wrapping paper and accompanying bow. Another stand out track on the album “Convenient” features contributions from Philly producer/emcee Wes Pendleton. Pendleton crafts a ethereal sound scape, where Christon once again deals with the complexities that attack an artist trying to remain on the right path spiritually. This is very apparent on the last 1/3 of the album, with tracks like “Arena (Final Hour)”, where Christon goes in to conversation with God and confesses to the whirlwind going on within himself. Centering himself after the personal confrontations through out the album.

Listening to School Of Roses, the comparisons and influences are obvious, which is unfortunate because they could lead to unfair criticism. I’ll save the argument for the sake of the readers sake, the album can be previewed and your own conclusions can be drawn. This album is a solid effort put together and polished by an artist who takes his craft very serious. Everything about the album is well thought out and delivered. The end result is an album you can play from front to back without skipping a track. An album which resonates with single and married adults, especially young men, who have dealt and continue to deal daily with the same struggles confessed through out the project.

TRACK OF THE DAY: THE GAME – ONE BLOOD (REMIX)