Not what one usually expects from Baton Rouge, Cardell Flare, draws a picture of his perfect society on a canvas provided by A.D.D. Beats. Look forward to seeing what the future has in store for Cardell. It’s good to see an artist who is willing to go their own route instead of following the trail blazed by another.

Shane Romero is a spoke word poet from Brooklyn, NYC. The song/film “Mouse Trap” is dedicated to 14 year old rapper, Lil Mouse, from Chicago’s south side. Lil Mouse has become a puppet being used on the streets which have become known as Chi-Raq. His lyrics promote violence which a 14 year old should never have to witness let alone champion. Shane Romero draws eerie parallels between lab rats and the youth in Brooklyn and Chicago who lives are all too violent. These comparisons do not just represent those two cities alone, they can be found all over the country. Anywhere that despair has taken over for hope. Cities like Detroit and Jackson could just as easily be interchanged within the song. Each city with it’s own plethora of Lil Mouses. When will enough be enough? The film was directed, brilliantly I might add, by Bostonian Cliff Notez

I’ll be honest, I was not sure what to think about this video when it started, then I could not stop it. I kept listening and watching, it was like some crazy voodoo trance. I have no idea who these ladies are and what they are about aside from what the email told me, but best believe I’ll be digging up some info on my own. The video is 70s adult film meets sweating to the oldies. I laughed, I cried, I laughed again and that’s not to take away from the track. At times female emcees come across as desperate in their attempt to be taken equal, some not all. But Darya and Dama Nilz break free from that mold with “All The Girls”. That may sound like a male’s point of view, but I mean I am, right? So it would be a male point of view, right? Whatever, listen and you will like. If not, I do anyway so….whatever….

Jacob Rusha is in New Orleans from Albuquerque, New Mexico. He linked up with Crooked Potential to release a sax heavy track which embodies the city well. I’m not sure what exactly it is about Nawlins that brings out the creative energy in people. Is it the air? The Sea Level? The food? Whatever it is, I am thankful for it. 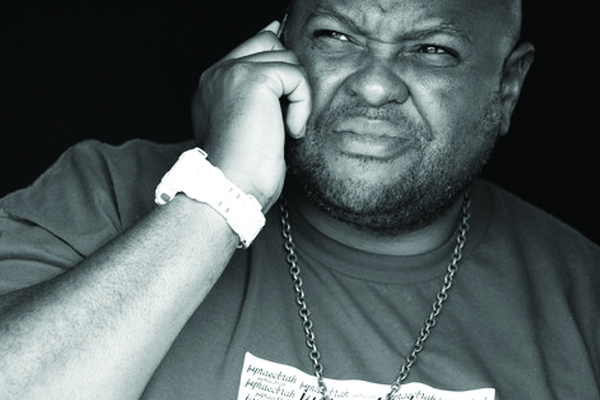 Freestyle Fellowship’s Self Jupiter & producer Bionik will be dropping an EP this summer. To keep the fans appetite quenched, they drop “Don’t Say Nathan”, a bass heavy deep track. Self Jupiter is in vintage form showing what makes him one of the best to call the west coast home. Groomed in the Los Angeles underground, Jupiter has been heavily influential in the hip-hop scene there. From Project Blowed to Good Life to Yoshi’s, there is not a stage that Self Jupiter has not blessed in the city. Bionik has been working with Jupiter’s bandmate, Aceyalone, bringing his own distinct sound to the cityscape.

Producer Sundance is known for making some incredible remixes. He has been making music for a while now and I have been fortunate enough to have been given some exclusive looks in the past. I have always been impressed with his love for the music he makes and the professionalism he approaches his work with. On June 17th, he is dropping Midlife Marauders via Illect Recordings The album features guest artists like Theory Hazit, Just Me, Propaganda, Sivion, and others. “Choose Your Weapon” is smoothed out head nodder with verses from Sintax The Terrific and Elias. Both urge the listener to “Choose Your Weapon” when fighting with or for the world. Choose the Word of God or a worldly weapon. Only one will prosper in the end. The battle has already been won, so choose life not death.

West Coast veteran, Aceyalone aka Acey The Faceman aka Ace One, takes a stab at the “Draft Day” beat crafting a verbal resume for all the young bucks out there who might not be up on game. Ace has birthed more styles than just about anyone else in the brief history of this thing we call hip-hop music. His ability to ride over any beat in virtually unparalleled in the game.

7Even:Thirty drops another banger from his forthcoming album The Problem, which drops on July 8th via Mello Music Group. The project is produced entirely by Hip-Hop producer extraordinaire, Gensu Dean. The first leak “$ Stacks & Body Bags” was a venture in what would seem like uncharted waters by both veterans, the chemistry worked so well that the track came across effortless. “Heavy Hook” is a dark and psychedelic track and the duo call upon the power of Sean Price to add some additional bars. Mic Tyson provides the only feature on the album, which suits me just fine. Seven Tre’oh shows that he can stand toe to toe with the hip-hop juggernaut holding his on in the end and dare I say outshining him? I dare not, but at the same time I dare. We can call it a tie cause I do not want problems with P, but even the Heltah Skeltah emcee would have to give 7eventhirty his props.

L’Orange released Orchid Days not too long ago. A mostly instrumental album crafted in the fashion of the musical styling of the days of speakeasies and prohibition. Now, he’s recruited poet/emcee Boog Brown to drop some words over “Will Wait”, and retitled the track “Until The Fall”. Boog does a great job of matching the tone of the song and fashioning a long lost love story out of it. The result is a beautiful rendition of an already beautiful piece of music. If you have not already, click the link below and purchase L’Orange’s Orchid Days.

KENNY GUYE – THE VILLAIN’S BACK (VIDEO)

I do not know much about Nova Scotia, except it’s in Canada, it looks like an island, and it’s near Maine. I can now add another nugget to my extensive knowledge of all things Nova Scotian, is that a word? Hip-Hop exists there. Kenny Guye is a self proclaimed lover of the culture. He takes his talent and craft serious. “The Villain’s Back” is a track from his album Rhyme Book Chapter 2, which drops on May 30th, just a couple days from now. The video for the track does not look like the Canada I know, I’ve only been to Toronto..once…and it was clean, like really clean, like strangely clean…like there was some sort of magic spell cast on the city which prevented trash or litter or graffiti from being seen. I have a lot of traffic from north of the border and I probably offended someone, I apologize, I wish I could come visit more often, but I got detained at the border when I went to Toronto because of a traffic ticket….so yeah….apparently they do not want me there. Someone smuggle me in and show me around the country, maybe find me a job herding yaks or building igloos or whatever it is they do. There I go again, what do you want me to do, I’m sawwy? In my Jay-Z voice. Love you guys, listen to Kenny Guye and download his album when it drops. I’m out.