TRACK OF THE DAY: THE CLIPSE – FUNERAL

Posted by Bloggy Bonilla on June 22, 2014
Posted in: Track of the Day, Video of the Day. Tagged: Chad Hugo, Malice, No Malice, Pharrell, Pusha-T, The Clipse, The NEptunes. Leave a comment

Before they were “Grindin'” Malice and Pusha were painting vivid pictures of the highs and lows in the crack game. Over horns and the unmistakable hi-hats provided by a young Neptunes duo, The Brothers Thorton project a grim picture of the reality of the drug dealer persona that so many champion. This was over 15 years ago, to say The Clipse were ahead of their time is a gross understatement. The world was not ready for Exclusive Audio Footage, luckily in the digital age the project eventually saw the light of day. Peace to Skipp who got me reminiscing on “Funeral” the other night.

Pusha T & Malice were on top of the world at one point in time, they had a HUGE single, a clothing sponsorship with BAPE and BBC, signed to the record label of the hottest producer in the game Pharrell. When the Neptunes dropped their Clones compilation, they took one of the underrated tracks from the Clipse Lord Willin’ album and remixed it. The result was a masterpiece in my humble opinion. Easily one of my favorite hip hop, “Posse” cuts. As a bonus below check out the Bilal assisted “Nightmares” track from Hell Hath no Fury.

Re-Up Gang!!!!!!!!!!!! Like what Pusha has to say about his brotha….While everyone knows how Pusha destroys Mic, Malice was also unfairly overlooked in my opinion 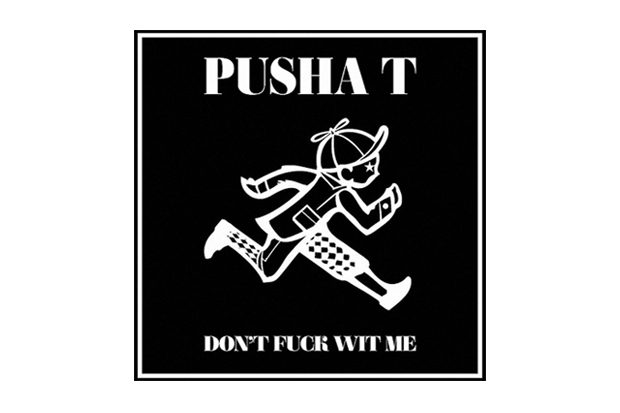 Say what? PUSHA!!! UCK! See if you can check for the subliminal shots fired? Man, I’m going to listen to some Clipse real quick. On that note I still need to read Malice’s book….