TRACK OF THE DAY: PHONTE – DANCE IN THE REIGN

You would be hard pressed to find a hip-hop group that started with more of a bang than Little Brother did. Since then Phonte has done nothing short of snatch the opportunity he was given and run with it. He linked with Nicolay and started Foreign Exchange, he dropped guest verses on some classic tracks, he created some great music with Zo!, and in 2011 we finally got a solo project from him with Charity Starts At Home. We were not disappointed, Phonte delivered as we have come to expect him to. “Dance In The Reign” was produced by Pac Div mastermind Swift D and features frequent collaborator Sy Smith on the vocals. The album featured notable production from Stro Elliot, 9th Wonder, and Khrysis along side excellent rappings from Evidence, Big K.R.I.T., Pharoahe Monch, and Elzhi. We hope that one day we get another Little Brother LP, but we know it’s a bleak pipe dream at best. We are in good hands though since Phonte says grinding and Rapper Big Pooh recently signed to Mello Music Group. A group project is probably out of the picture but at least the guys are still working.

“Better” featuring Eric Roberson and Shana Tucker from Foreign Exchange’s Love In Flying Colors get’s a nice little black & white video. Certainly one of my favorite songs on the album, which is hard to do on an album of it’s caliber. Phonte and Nicolay keep putting out quality music and I’ll keep supporting it. I’m pretty excited about the Eric Roberson and Phonte project dropping next year, as long as they don’t flake on us. 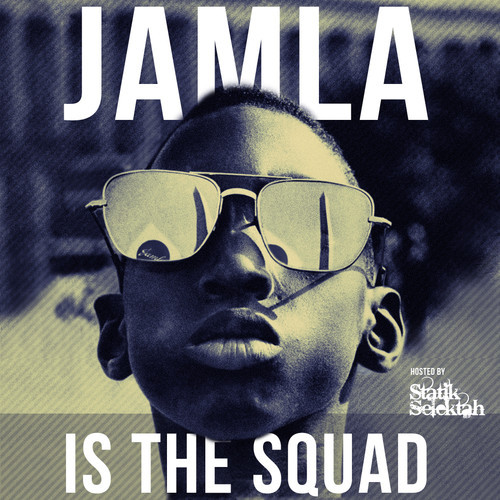 JAMLA IS THE SQUAD, drops next week on January 28th. In anticipation 9th recruits some of the Hip-Hop world’s best spittas over some classic Khrysis musical melodies. So soulful, so excellent, so Hip-Hop. Just when one can lose their mind over another Trinidad James track dropping, we get some redemption like this.

Man Made from Detroit musician Zo! is a must own for anyone who believes music is dead or enjoys some smooth soulful music. One of the stand out tracks on the album gets a video treatment and features Phontigallo and Eric Roberson and crew steppin’ to the grrooooooooooovvvveee. This on the heels of Phonte and Eric announcing they’ll be working on a collaborative album, that will be a must have no matter when it drops, although they said it’ll be in 2015……Go ahead fellas, I can wait….

VIDEO OF THE DAY : THE ROOTS – NOW OR NEVER

Posted by Bloggy Bonilla on December 2, 2013
Posted in: Video of the Day. Tagged: Black Thought, Phonte, The Roots. Leave a comment

How I Got Over, was a solid effort in my opinion and “Now or Never” is certainly one of the stand out tracks. Phonte’s verse here is the stand out, which is saying something on anything that features Black Thought.

That damn Pimp Trick Gangsta Click album….I wish there was a wack music police department….I’d be lying if I didn’t say I wanted to see another LB album, and I know the U.S.S.R. is more likely to invade the Rocky Mountains just north of Denver than to see it, but still I can dream can’t I? At least these cats are all still doing their own thing. Raise you hand if you knew “Speed” had a video? Bueller? Bueller? Shout out to Big Dho getting his Bill Duke on….

Charity Starts at Home is available TODAY! That’s right these bars and many more are available for your copage right away…..so do that….

SONG OF THE DAY : ZO! & TIGALLO – SOMETHING ABOUT YOU (NICOLAY REMIX)

Posted by Bloggy Bonilla on May 23, 2012
Posted in: Song Of The Day. Tagged: Phonte, Tigallo, Zo!. Leave a comment

PHONTE – DANCE IN THE REIGN (VIDEO)

Off Phonte’s Charity Starts At Home album, “Dance In The Reign” was produced by Swiff D and is my second favorite track from the album behind “Sending My Love”. Glad they shot a video for this track and if you haven’t already go pick up Charity Starts At Home, which I think wins my favorite album of ’11 award…..that could change in 15 minutes though….